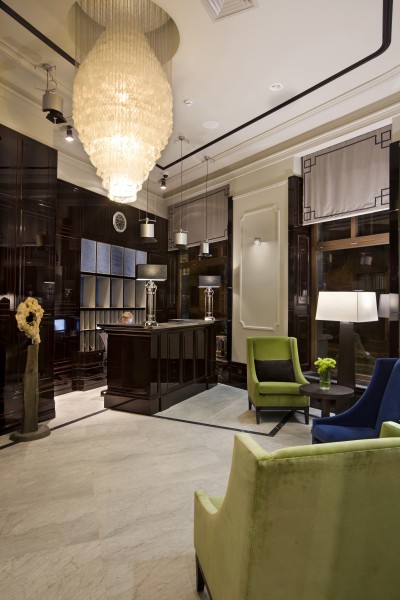 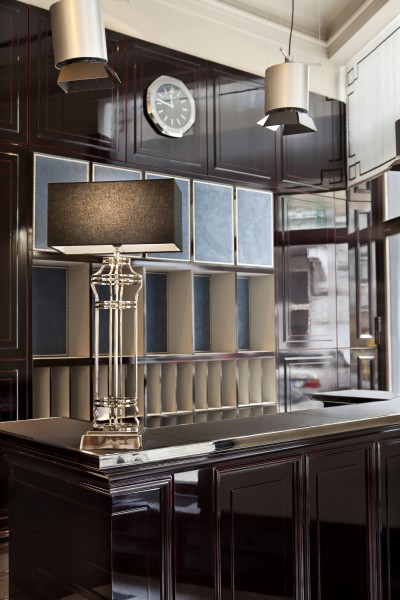 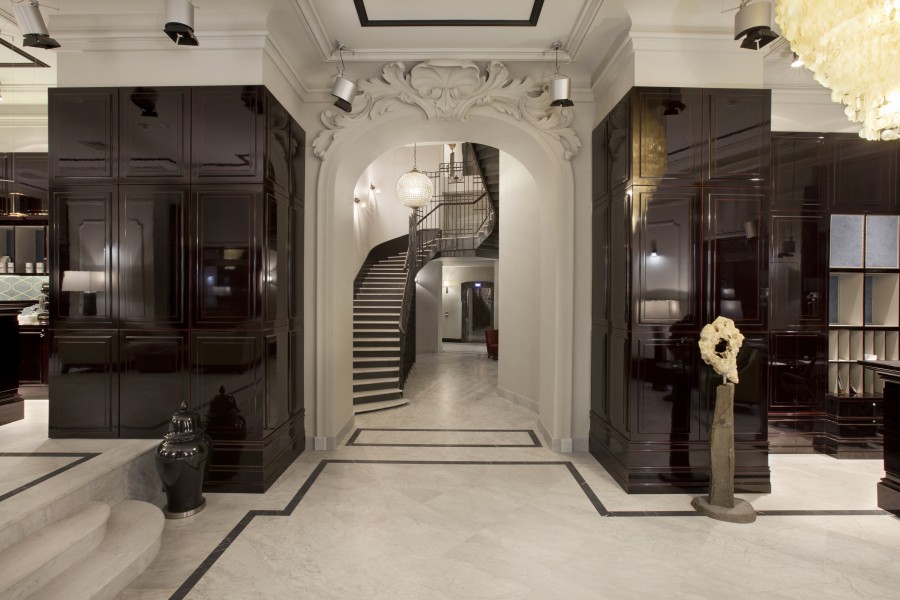 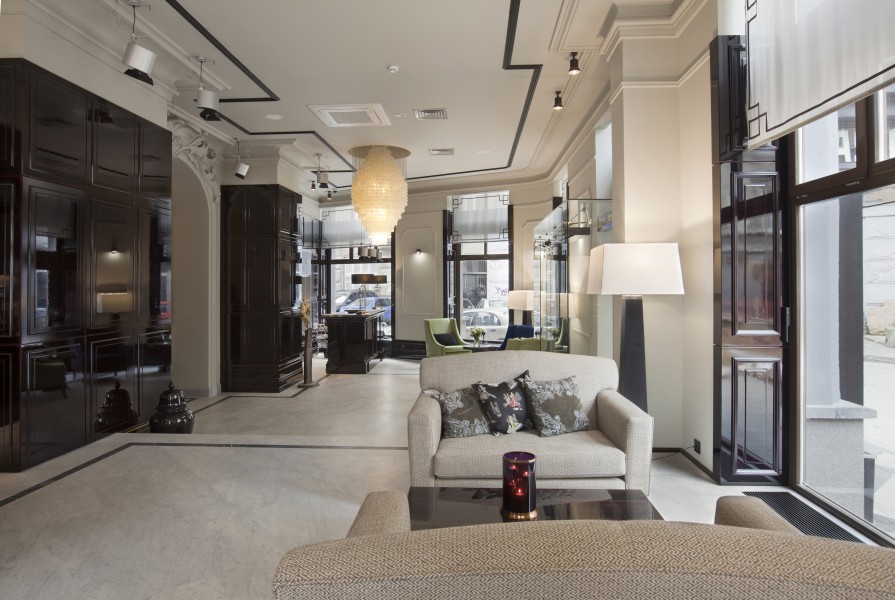 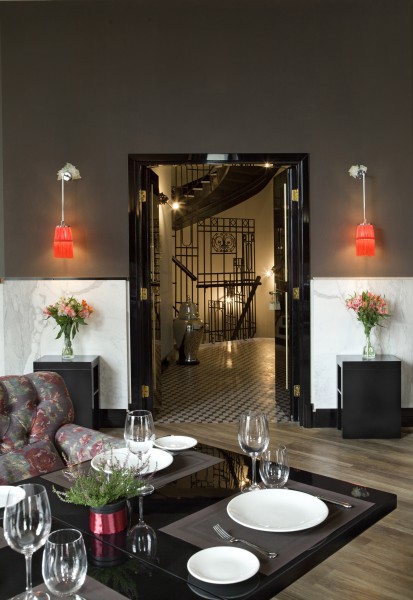 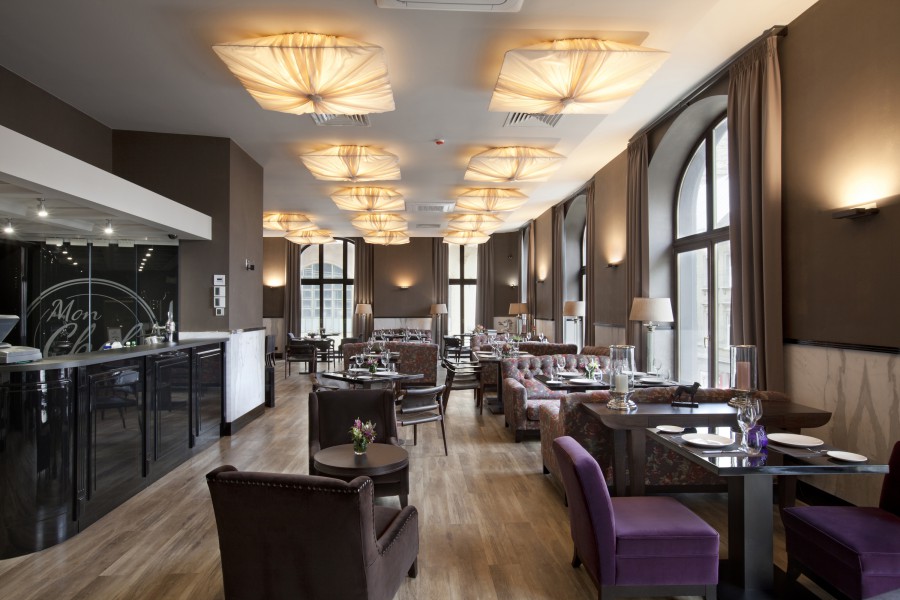 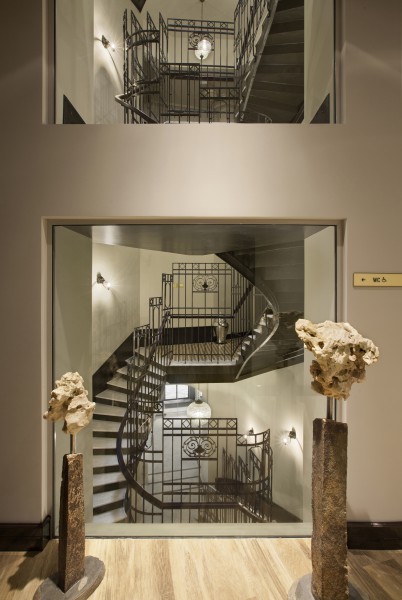 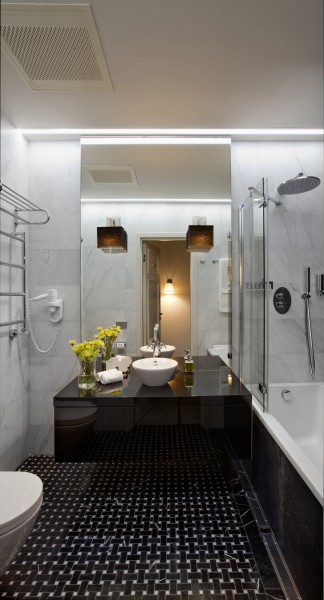 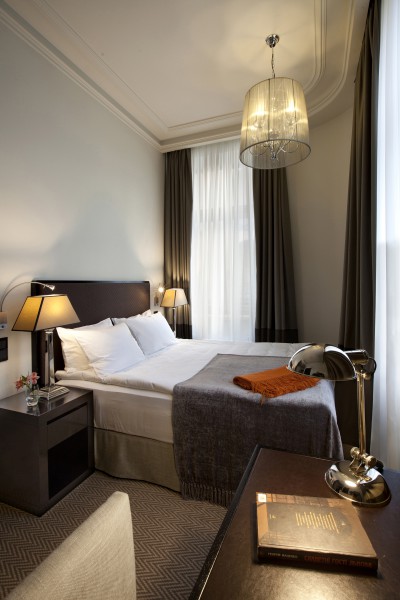 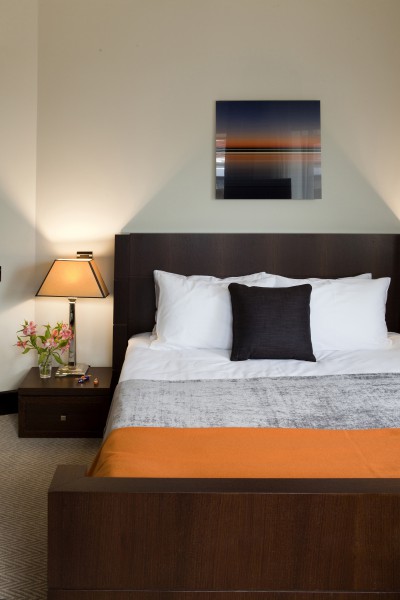 problem of reconstruction of historical hotel with more than centenary history. The five-floor building which all years of existence served as hotel, was in a deplorable state.

Two first floors of hotel occupy public places. Besides reception and a lobby the restaurant, and also a conference room is located here. On other five floors there are premises of a different class of service. The number of rooms of hotel makes 40 numbers: from them 6 numbers "Luxury" and 3 numbers "Apartments".

Working on interior design of hotel, we sought to keep the main idea and spirit of a sign historical place, to return it former greatness. For this reason in registration the same materials that were and 100 years ago are used. So, walls of all rooms were plastered (wall-paper then wasn't applied) and decorated with a rich modelled decor (modelled elements partially restored, partially drew in the general historical style).

Marble floors, tile with a chess apportion, a magnificent spiral staircase with a handrail in wrought iron – almost all remained decorative elements remained in a new interior.