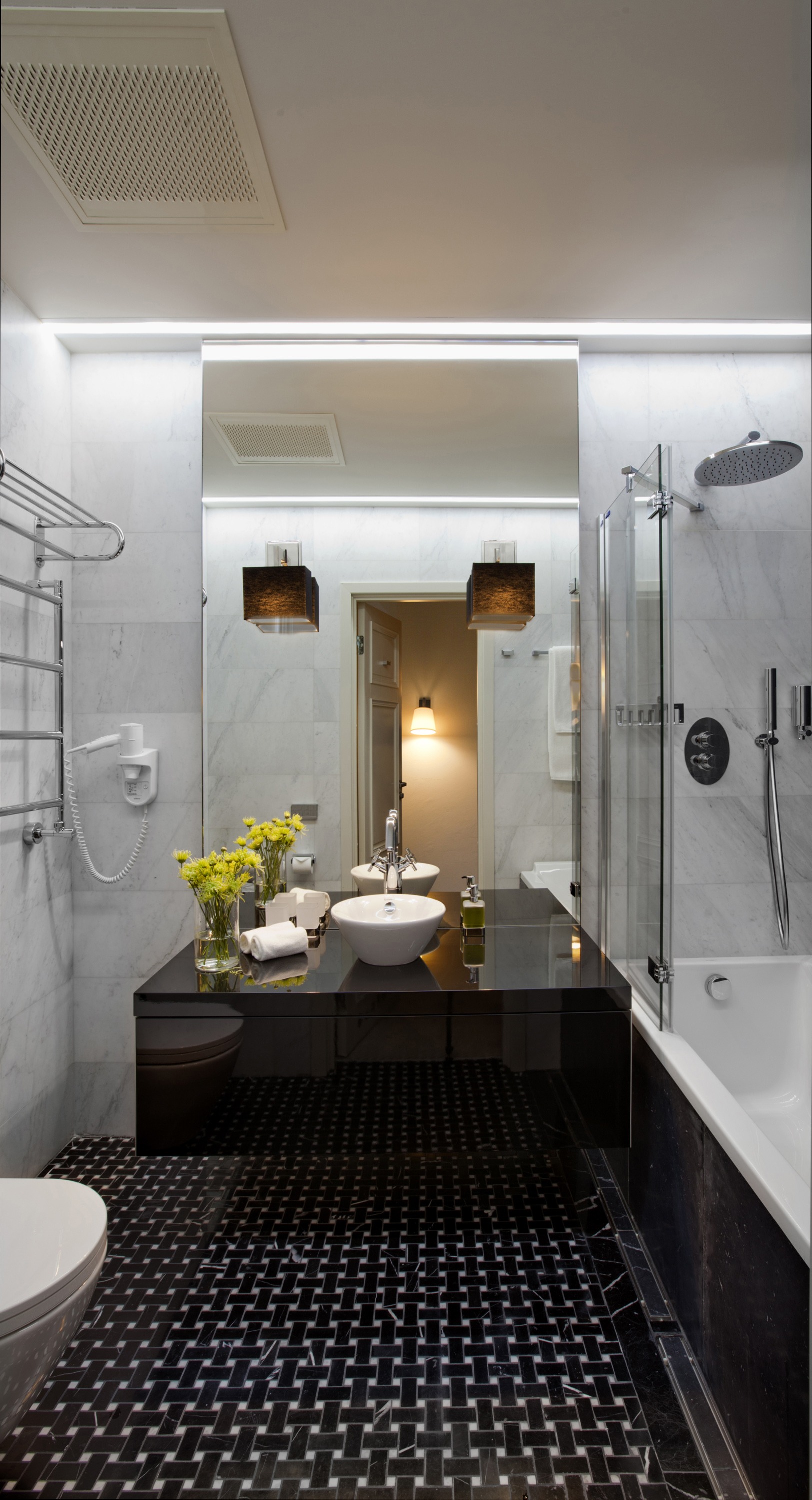 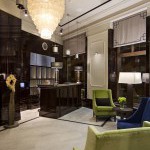 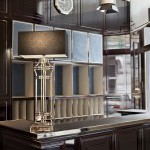 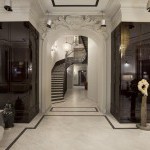 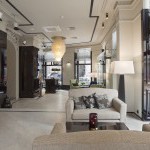 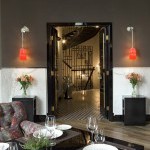 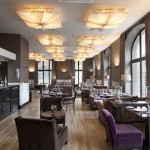 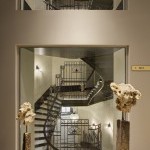 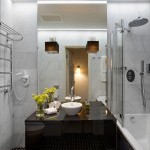 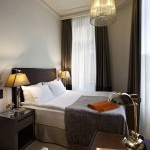 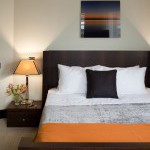 This building was erected like a hotel Astoria in 1914 by architect Tadeush Gartel (Adolf Piller architectural bureau). Working on interior design of hotel, we sought to keep the main idea and spirit of a sign historical place, to return it former greatness. For this reason in registration the same materials that were and 100 years ago are used. All bathrooms were renovated and completed with the modern engineering equipment. Floor and walls are covered with black and white marble, furniture are made by measures.